The Wondrous and Tragic Life of Ivan and Ivana 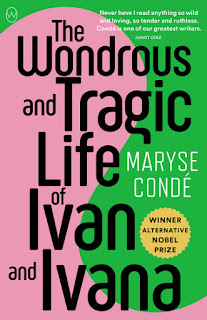 The Wondrous and Tragic Life of Ivan and Ivana, by Maryse Condé, translated by Richard Philcox, ©2020, World Editions

Time for a trip into a wondrous life. Get ready for a look at a tragic life. Get them twinned together in one package as I jump into The Wondrous and Tragic Life of Ivan and Ivana by Maryse Condé, as translated by Richard Philcox. Not only do I have a book review for you, but today is publication day (in the US) for this Winner of the 2018 Alternative Nobel Prize in literature.

The Wondrous and Tragic Life of Ivan and Ivana

Ivan and Ivana are twins born in Guadeloupe. While all twins tend to have a preternatural bond, the link between Ivan and Ivana seems stronger than most. Joined in the womb, they struggle to separate in life, even as the world pushes them in different directions.

Ivan is the first born, headstrong, and a rebel in their small town on the island nation. Ivana on the other hand is smart, kind, and loved by all. Their mother looks for ways to set them both on the best path, which isn't always easy. Her solution—to send them to their erstwhile father, whom they have never met, in faraway Mali. A solution that neither of the twins embraces, but finally acquiesces to, to please their mother.

While life in Guadeloupe has its challenges—poverty, racism, classicism—it doesn't get any better on Mali's shores at their father's side. Their former experiences are mirrored in this new setting. Ivan is dropped into a corrupt military, and again finds himself friendless, but for his sister. In contrast, Ivana works in an orphanage helping the least fortunate, at the same time as building a strong bond with her father and others in their new community. While outsiders don't understand their deep bond, it remains unshakable. At times, almost illicit.

As the narrator continues to spin the tale, we see brushes with terrorism, anti-immigration sentiments, and the struggle to escape ingrained poverty. Where Ivan and Ivana seem destined for different paths along these continuum, they remain inexplicably linked. They cannot live with each other, but cannot live apart, and time just seems to make this bond worse for both of them. Location doesn't seem to have a hope to change the outcome. 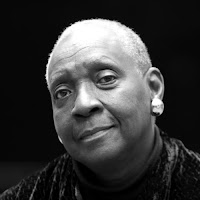 So why does Condé use a third person narrative? It gives an omniscient feel to the events, as we oversee the struggles of the fated twins. In that voice, she has the ability to point out the bleak world that Ivan traverses and contrast it to the more hopeful Ivana. Can we have one without the other? The struggle we see the twins grapple with suggests the difficulty in that. The world still holds a tragic divide between the haves and have nots and that divide continues to have the power to destroy lives.

Are the twins destined for destruction due to their entwined lives? Is the world? Can we separate these disparate halves to see one or the other survive or do we need to look closer at the reasons behind their struggles—the world's struggles—and work at resolving its woes for the better of all? It would seem so, but the question becomes how.

There is a depth to the novel that Condé offers us. While it is a work of fiction, she has seen firsthand many of the scenes depicted in her book. Maybe we should take a moment to see how we can learn from her experiences. As the world suffers through a pandemic that is sweeping the globe and touching everyone, regardless of race, education, or economic class, perhaps now is the moment to break down some of those barriers. For aren't we all in this Wondrous and Tragic Life together?