Get Outside This Weekend

So I promised to start a new feature on my blog the other day, and here I am making it happen. There is always so much to do in London, Ontario, and not only am I thrilled to be up on the know, but I love to share with others about the exciting activities around. The hope is that this process will get me, and possibly a few of you too, out of the house this weekend.

This may be my first take, but I hope it won't be my last of;

What's Going On in London

So what is there to do in London this weekend? Plenty! Why not try one of these cool activities?

Many area sugar bushes will be opening the doors to their local sugar shacks starting this weekend. With temperatures expected to stay decidedly wintry until at least mid-March, you probably won't see an awful lot of flow in the lines, but you can replenish your stock of maple syrup at the very least. Grab a pancake breakfast at Fort Rose Maple Company, McLachlan Family Pancake House or Kinsmen Fanshawe Sugar Bush. Buy maple syrup and other maple products at Jakeman's, Rolling Ridge or Crinklaw Maple Products. For those so inclined, there are also educational tours at Kinsmen, McLachlan, Fort Rose, Crinklaw, and Catfish Creek Conservation Area, in order to learn more about present and past collection and processing procedures, and the way to make delicious maple syrup. Yum!

I don't know about you, but I've got my sweet tooth on now! Don't sweat it though, as this 100% natural sweetener has less sugar than corn syrup, honey, white or brown sugar. Plus it is a great source of calcium, iron, potassium, and other minerals. Get your griddle smoking!

If maple syrup isn't your thing, you could get some fresh air over at Boler Mountain. That's right, 102.3 BOB fm will be at Boler Mountain on Sunday, March 2nd from 9 am - 4 pm for BOBfm's Boler Bash. They will have prizes, snacks, face painting, celebrities (like Anna & Elsa from "Frozen"), and a great deal on lift tickets! If you've never been to Boler before, not only do they have 4 lifts and 15 snow-covered trails, but they've also got a wicked tubing park too. If you don't have equipment, don't worry as helmets are included in tubing tickets, and ski or snowboard equipment is available to rent in their chalet as well.

You don't need to spend a lot of money to have fun in London. Soak up the scant sun (if we're lucky) and breathe in the crisp air at one of London's many outdoor ice rinks this weekend. Skating is a great family activity that is fun for anyone. Don't be ashamed of your wobbles, as you are bound to have company at the Victoria Park or Covent Garden Market free rinks. If your excuse is a lack of skates, you can rent them at Victoria Park or Storybook Gardens. While you have to pay admission at Storybook (adults $4.25, children $3.25, rentals $6.00) their skate trails are lovely. This is the last weekend they will be open for the season though, so make it there before 5 pm on Sunday to enjoy!

How do you like to spend your weekends? What are your family's favourite outdoor activities?
Crafted by Katherine Krige No comments:

One of the blogs I used to write for was a local real estate agent in London, Ontario. I wrote articles about house and home related issues, real estate tips and tricks, and stuff to do in and around town. I have to say that the entertainment-related portion of In Your Neighbourhood was a favourite of mine and many readers, both on the blog and the corresponding Facebook page. Now that I'm no longer writing about what's going on in London this weekend, I kind of miss it.

So I have decided to change that.

What better way than to host a "What's On" portion of my own. I think it is something lacking in my neck of the online woods, so I am going to work on a brief look at what's going on in #LdnOnt this weekend. That will keep me aware of fun stuff to do with the kids, as well as be up on the know of interesting things to perhaps check out without them in tow. With March Break in less than two weeks, I figure it is a perfect time to start this little project. 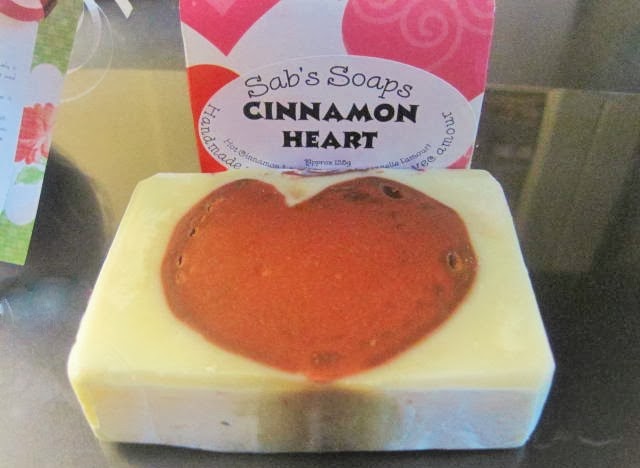 This time of year is so hard on my soul. When winter drags on for a lifetime of eternities, I struggle to see the spring light at the end of the tunnel. Perhaps that is why Valentine's Day is popped into February; to give a spot of love to winter-worn bodies that just need an ounce of warmth. Lucky me received a special gift of love from the lovely Sab at Sab's Soaps to make my Valentine's Day a little hotter for me and my special someone.
~
Thanks Sab! You have warmed my frozen soul!!!
Crafted by Katherine Krige No comments:

All The Broken Things 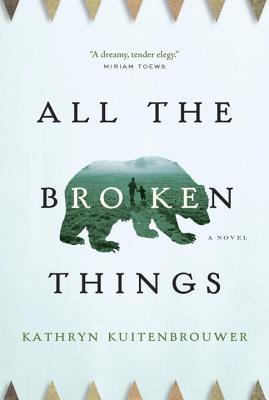 All the Broken Things, by Kathryn Kuitenbrouwer; © 2014, Random House Canada

I have been searching for a book to read that has the ability to reach out and touch me. On average, I read two books a month and can't say as how I've read much that has excited me since the end of last summer.

That changed when I was handed "All the Broken Things" by Kathryn Kuitenbrouwer.

I am lucky to have many books recommended to me via my book club. Some of them are fabulous, some shocking, others barely worth the paper they are written on. Kuitenbrouwer's book went one better though, as one of our members got free copies of the book for everyone. While free books rock, that doesn't mean they are always worth the read. This one was.

Bo's family is displaced to Canada during the Vietnam War to escape from the evils of Agent Orange. While they escape the fighting, they are not immune to the effects that the defoliant has - Bo's father dies on the boat over and Bo's pregnant mother is not only covered in sores, but gives birth to any extremely disfigured baby girl. Unaffected to the naked eye, Bo carries his wounds on the inside.

The struggles that 14-year-old Bo faces are measured in the fights that he daily wages with classmates. His now 4-year-old sister Orange is unable to speak or walk, and is a source of shame to his family. Orange is kept inside; away from prying eyes that can't begin to understand this deformed monster. But for a boy that doesn't fit anywhere himself, does he understand his sister any better?

When one of Bo's fights is seen by Gerry, Bo finds himself in the world of small town fairs in Southern Ontario and discovers bear wrestling. Gerry thinks Bo would be a natural, and as Bo has been wrestling personal demons all his life, he takes to this bigger challenge with gusto. As he soon discovers though, no number of matches can erase his past.

Kuitenbrouwer paints a sombre picture of Bo and his attempts to make sense of his world. In his disenchanted view, the world is a tough place, but what he doesn't see is the soft spots that lie right in front of his eyes. Bo might feel broken, like many of us do at points in our own lives, but acceptance and perception are everything. There is room for life in all of us, and with her enchanting prose, Kuitenbrouwer encourages us to find our own life alongside Bo as he wrestles bears and all that life has handed him.

Thumbs up in my opinion! Thank you for helping me fall in love with reading again Kathryn.
Crafted by Katherine Krige No comments: