To Review a Book

I have written a number of book reviews here at A New Day. Most of them have been positive, barring a few bad eggs here and there. It started because I joined a book club. The ladies of my club meet once a month to discuss the book "du jour". Over wine and nibblies, we debate the merits of whichever book we have chosen that month. We have gushed over "The Night Circus", squirmed over "We Need to Talk about Kevin" and wondered what the heck the author was trying to say in "Seven Ravens: Two Summer in a Life by the Sea". By the way, don't even bother trying to look that last one up. It is still considered the worst book we have attempted to read over the five years that we've been together. All thumbs down.

Aside from books suggested by my book club, many other books have crossed the threshold of my sacred bedside table reading stack. There are ones that have languished (like one on Catherine the Great that I just can't get through for the life of me), and others that were there but an instant due to me not being able to put them down. Those are the books I wish I could linger over longer, but ultimately end up back in my re-read pile.

A good book never dies. It is reborn every time we crack the spine anew.

You can quote me on that if you want.

So why so much discussion on books today? Well, I recently finished another book, this one sent to me from ECW Press. They are a Canadian publishing house based out of Toronto with over 30 years of experience and almost 1000 books in print. And when they sent me this newest book, they actually included another copy for me. Well to be more exact, they sent a copy for me to review and one to include as a giveaway. This post is all about getting you excited for that! Don't we all love books and love them more when they are FREE!

**Consider this your heads up to come back and visit A New Day next Tuesday, May 6th, 2014. I'll have my book review ready and a special treat for readers. See you then!**

as an honoured guest
to witness, I felt blessed

In "Can I Have This Dance", Anne Murray sings of a love profound that is felt in one's soul. It is a beautiful song, regardless of your love of her or a taste in country music. Plus it makes for a perfect song for a slow dance with that special someone.

This song was played at a dance I went to Saturday evening in association with the London Lesbian Film Festival. It was dedicated to a couple who were wed the previous week. It was beautiful to see the dance floor fill up with so many people and I was touched to be there. The song is still ringing in my head and the smile that it gave me on Saturday is still there at the thought of it. I guess I am just a sucker for love.

This sonnet was inspired by all the happiness and love that I was witness to that night. I hope you can find a measure of what these women exuded in your own life. If only we could all be so blessed...


♡♥♡
Crafted by Katherine Krige No comments: 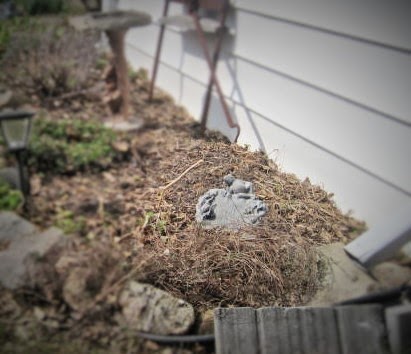 It's National Poetry Month. My children have both been exploring the nuances of poetry at school, which just tickles me. It has also amounted to a little creativity on my poetic part, as seen in this cinquain poem. Have you written any poems in National Poetry Month?
Crafted by Katherine Krige No comments:

pen to the sun

aving in the breeze

enews my soul
It's National Poetry Month. My children have both been exploring the nuances of poetry at school, which just tickles me. It also has amounted to some creativity on my poetic part, as seen in this acrostic poem. Have you written any poems in National Poetry Month?
Crafted by Katherine Krige No comments:

one, two, three
come find me
coloured eggs a'plenty
behind the couch, over the entry
tucked into a lamp's smooth shade
over by the hand-knit brocade
find them all on an Easter crusade
the last one's found, they all hoorayed

Back to bed
all the adults said
No chance of that, I dread
it's time for fun
fuelled by chocolate eggs one by one
and kid chaos until they are all done... 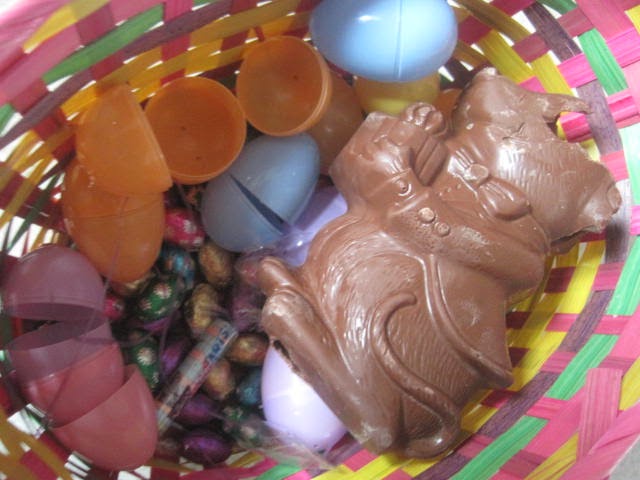 It's National Poetry Month. My children have both been exploring the nuances of poetry at school, which just tickles me. It also has amounted to some creativity on my poetic part, as seen in this freestyle rhyming poem. Have you written any poems in National Poetry Month?
Crafted by Katherine Krige 2 comments: 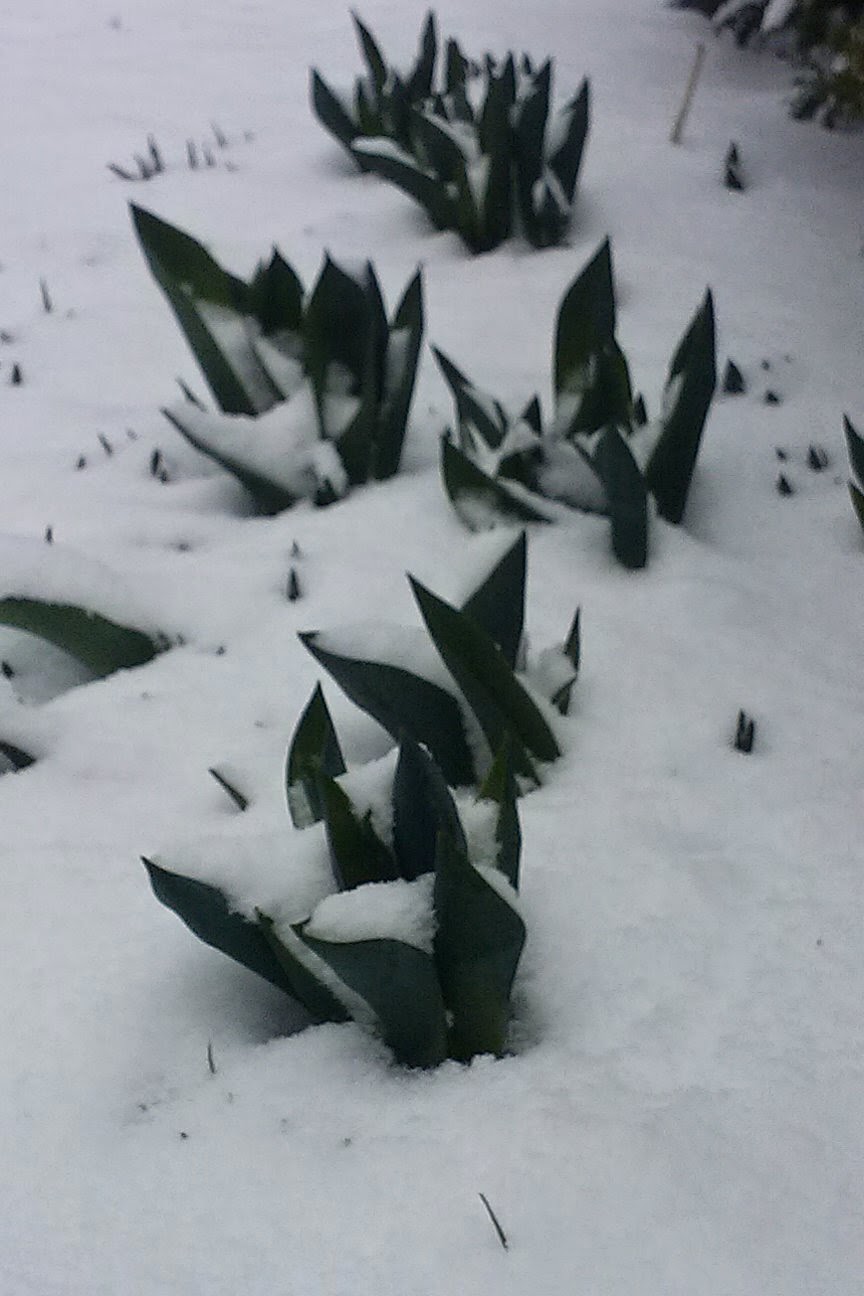 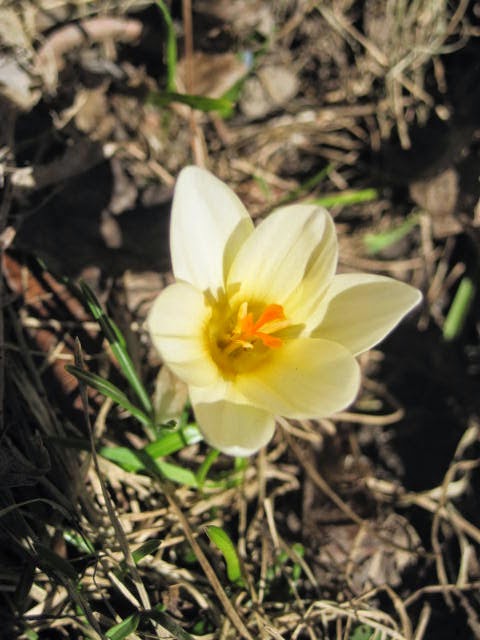 Shortly on the heels of finishing All the Broken Things, I was given another book that featured a bear, this one written by Claire Cameron. Where Kuitenbrouwer's book depicted an appealing beast that you couldn't help feel for, Cameron's black bear was anything but. Her animal was wild and extremely dangerous, and the start of a terrifying ordeal for two young children.

Five-year-old Anna is on a camping trip with her Mom, Dad and little brother Alex, affectionately known as Stick. Things have been difficult in her parent's relationship as of late, but a late-summer portage trip seemed just the thing to smooth over troubled waters. That is until an overnight stop at a small island  leads to tragedy. A black bear sniffs them out and attacks, but not before Daddy stuffs little Anna and two-year-old Stick into a Coleman cooler for protection.

While Coleman saves Anna and Stick from the bear's deadly claws, they can't stay in the metal box forever. And once Anna kicks them to freedom, the next step is more than any five-year-old can fathom, that of making their way to safety in the wilds of Algonquin Park alone. With nothing more than a box of cookies and the dying words of her mother to give her direction, Anna must take responsibility for Stick and their lives. Their canoe gets them off the island and away from the bear, but where to go next is beyond little Anna. How to survive is another matter entirely.

Written in a first-person narrative, the reader travels along with the children as they struggle to find shelter, food and a way out of the wilderness, with the meagre skills that their youth allows. The choices they make are terrifying for an adult, let alone for two children with no experience in how to take care of themselves. Cameron masterfully sets you on edge though, as you internally scream at the children to not touch this and stay away from that, to no avail. As a parent, I wanted to scoop them up and take charge, soothing the children with promises that it would all be alright. But only Anna had the power to ensure that.

If you like to camp and have a young family, this book might not be for you. It strikes fear into every worst case scenario that parents put themselves through in relation to their children. If you are curious to see how Anna and Stick make out in the wilds of Northern Ontario without an adult to guide them though, then this book is a well-written tale that will have you flipping pages to the end.

That end you will have to read for yourself though...
Crafted by Katherine Krige No comments:

on the playground
at the park
the tiniest sliver leaves a mark
honestly, you do astound

No slap on the wrist necessary. We are all fallible. Goal-setting is important, whether we reach the final mark or not. Sometimes we need to test things out before we figure out if it is a good fit or not. Or if our objective is even attainable.

Is my objective attainable? Well, with my attempt to write about What's On in London, the answer is possibly, but not probably I suppose. In theory it should be easy! I wrote articles for a client every Thursday highlighting what was going on around town, but I had it scheduled and, more importantly, charged for that service. I felt a certain level of responsibility to ensure that those posts went live when they were supposed to.

As far as me writing them for myself and others here (for free), my will is slightly softer. I do want to do that, but life gets in the way. Paying clients come first. A given, as they help pay the bills. Children require a certain level of attention, as does my partner. I try to fit in personal goals, like hitting the gym, grocery shopping and occasional coffee dates with friends. My needs aren't high. But apparently neither is my drive.

So today I remind myself that - That is ok!

I can do whatever I set my mind to. If it doesn't get done today, maybe I'll do it tomorrow. Or maybe it's not worth doing at all... 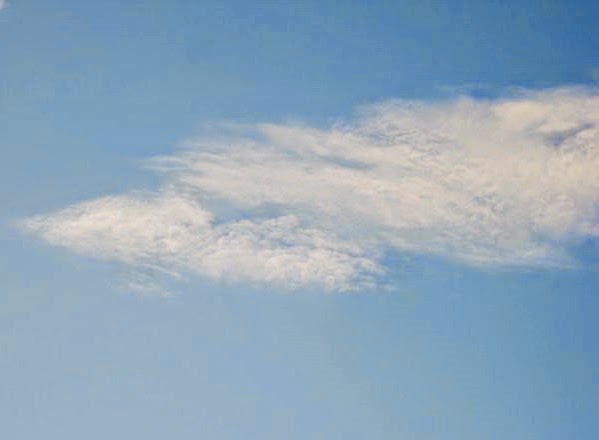