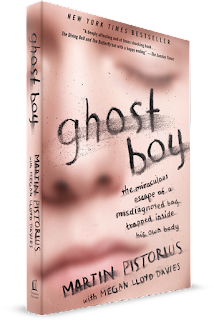 Every parent's worst fear is to have their child fall ill. When you cannot diagnose the illness, it is that much more frustrating. When that illness leaves your child without the ability to walk, freely move their limbs, or even talk, it reaches nightmare proportions. That was the reality for Martin Pistorius' parents.

Martin had a normal childhood. He liked legos, loved riding his bike and was a quiet, but conscientious boy. At the age of 12 though, he fell mysteriously ill. Doctors ran test upon test, but came up with no conclusive diagnosis for a little boy who was rapidly fading away from his family and life. They advised his parents to prepare for the worst and to move him into a medical center, so they would not have to be burdened with his care. With that, they washed their hands of him, telling his distraught parents there was nothing more they could do.

Miraculously, Martin woke up. Unfortunately for him, no one recognized that he was conscious behind the shell of a body that drooled, spasmodically moved and remained silent. Slowly, Martin became aware of his world again, but without the ability to communicate, wished that he hadn't. He still couldn't speak, had no control over his limbs, and even less control over what the people around him did to him. And some of the things done to him were atrocious.

Ghost Boy recounts the true story of Martin Pistorius' reawakening and the struggle he went through to regain his life. He chronicles the abuse he suffered, the pain at his lack of communication, and the frustration he struggled with at feeling removed from the world. When one caring woman recognizes there is more to Martin than a vacant body and mind, his life is transformed, but the struggle to find the words to fit in are harder than he could ever imagine. For it is communication which opens the door to enter the world which he craved for so long. Having been denied the words and the power to even think of himself as a man, walking through that door is a learning curve. Faith and determination are the crutches that get him there and beyond.

Can you imagine living in a world where people look through you, make all your decisions for you, and regulate every moment of your day? That was Martin's world. And it should make quite the topic of conversation for the ladies in my book club when we meet later this week. Ghost Boy is a quick read, but intensively powerful. And it will make you appreciate your life just a little bit more. 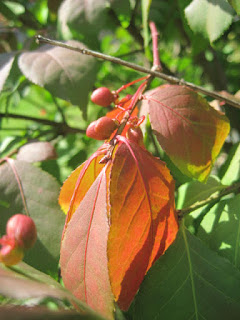