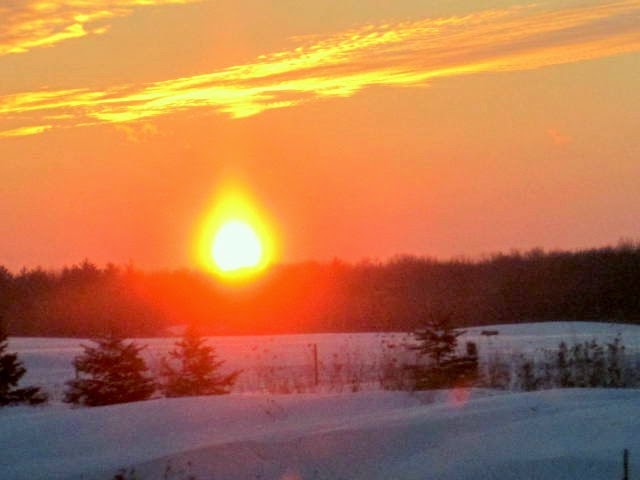 searing eyes
your light fades in the sky
sets on a weekend
saturated in
sisterhood
love
and a promise
of more tomorrows
for me, us, and more.
bring on another
roadtrip 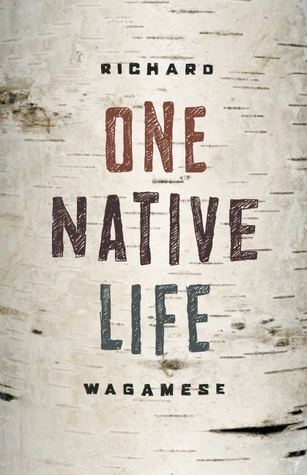 This book. it filled me. So many delicate weavings. Heartbreak painted in healing by the gift of time. And wisdom. So much wisdom. How can one man have gone through so many challenges and found so many truths along the way.

The gift is his book to us.

I read this book slowly to savour it. The pages are filled with poignant vignettes of a life lived, of a life becoming. Richard Wagamese survived many hardships, but they shaved off his rough edges til he found his voice, a beautiful soul redeemed and shared with the reader.

He doesn't ask us to walk his path, as he knows we all have our own, strewn with our own personal stumbling blocks and boulders. And despite fighting to reclaim his Native roots, the peace he now lives surpasses any label he thought he needed. The beauty in his stories is that Wagamese knows the beauty in all things; Nature, Aboriginal, Joy and Sorrow. We all own these things no matter the colour of our skin or blood in our veins.

I want to pick this book up again and let Wagamese's magic lure me to a better place again. His healing is our own. I cannot praise it more. It is a beautiful, touching memoir that I will read again. And probably again and again when I need to be reminded that we can all move through our troubles if we take the time to listen, and understand the why of life.

What's important to your world?
Crafted by Katherine Krige 2 comments:

On July 18, 1918 in Mvezo, South Africa, a child was born. He was named Rolihlahla, which means “pulling the branch of a tree” in Xhosa. More commonly it is translated as “Troublemaker”. Rolihlahla earned that appellation many times over.

Rolihlahla was the first in his family to go to school and, typical of the time, was given a Christian name there - Nelson. After completing his primary and secondary education, he went to Fort Hare, the only university that admitted blacks at the time. True to his moniker, it didn’t take long for trouble to find him. He was expelled for taking part in student protests and fled to Johannesburg. It was there that he was initiated into the life of politics that would consume him for the rest of his days.

By 1942, Nelson joined the African National Congress (ANC). He studied law and took every opportunity to speak for the rights of blacks. When the National Party formerly ushered in Apartheid (racial classification and separation) in 1948, he organized protests and strikes. The government noticed. They issued bans, arrests and jail time, but it didn’t stop him.

In 1964, Nelson was sent to prison on Robben Island. He steadfastly believed in his cause and touted it until his release in 1990. Undeterred by the long years in prison, he commenced talks to end white-minority rule with President F.W. de Klerk. They earned him the Nobel Peace Prize in 1993. By 1994, Nelson Mandela was elected South Africa’s first black president.

The troublemaker finally made good.

This was my historical fiction submission for my creative writing class this week, I felt compelled to share it today, as it was a momentous day in Nelson Mandela's life; he was finally released from prison on February 11th, 1990 after spending 27 years behind bars.

Nelson Mandela believed in the equality of people, no matter their skin colour, and made enormous sacrifices for those beliefs. In so doing, he realized his goals, as Apartheid was struck down in theory by 1991. The multi-racial elections in 1994 were the true celebrations of its end though, as Mandela himself was elected President. What a reward for everything he had done. He was truly a brave and noble figure and accomplished all without inciting racism to battle racism, or bloodshed to vindicate shed blood.

South Africa, and indeed the world, is richer for having had Madiba in it.

Nelson Mandela, Speech from the Dock, 20 April 1964
“I have fought against white domination, and I have fought against black domination. I have cherished the ideal of a democratic and free society in which all persons live together in harmony and with equal opportunities. It is an ideal which I hope to live for and to achieve. But if needs be, it is an ideal for which I am prepared to die.”
Crafted by Katherine Krige 2 comments:

I stood in the yard and gazed up into the sky. The cerulean heavens held puffs of gauzy white clouds drifting through it. I longed to be one with the endless expanse beyond my grasp. If only I could just reach up and touch it…

Thick air slid between my fingers as I stretched up into the ethers. With a thrust, I pushed my hands towards the earth. Again and again I reached, shoving the earth away from me. Slowly my feet slipped away from their earthly bounds. I was free.

With huge shoves and sweeps I propelled upwards. Rooftops approached, then passed as treetops were left below. A leaf fluttered as I soared by. My aerial breaststroke broke the confines of gravity and it seemed I’d always been capable of this freedom, just unaware of how to attain it.

With a kick I leveled off. My arms stretched out beside me, the wings I always knew I had. I was higher than the birds. Far below me people pointed skyward, jabbing fingers into the sky, their words lost on the wind behind me.

Out of the corner of my eye, my gaze caught a glint of light. I tilted into the wind. Unseen rudders pointed me in its direction. Drifting, I sailed towards the unseen object.

As the ground approached, I was assailed by a loud woof. I vigorously flailed my arms once more and jetted out of the dog’s reach.

Anyone else have flying dreams? Have you had a dream that stuck with you long after you woke?

What would you rate mine out of 15?

Care for a light-hearted romp through the messy world of "love"? Join Nina Solomon in her funny tale of soul mates gone awry.

Four women go on a bike trip through Normandy. They all have their own reasons, but none of them find what they are looking for on the "Tour de Flaubert". What they do find is an unlikely friendship that grows despite their differences.

Emily is a recently separated single mother not quite ready to let go of her ex. Max is a tough-minded trainer who isn't willing to let anyone in, let alone anything close to "love". Beatrice is a free-spirited senior who doesn't have "commitment" in her vocabulary, but isn't afraid to whoop it up with whomever comes along. And Cathy, the flighty captain of their crew intent on making sure that they all find their soul mates by Valentine's Day.

Solomon's easy-to-read novel won't strain your brain, but is entertaining. She pokes fun at love gurus and find-love-quick recipes that all end in disaster. But what she does do is remind readers that sometimes you really do have to be open to love before it will find you. And it isn't always what you thought you were looking for, but that's okay.

Thanks to Akashic Books for sending me an advance copy to read! And as Valentine's approaches, may you find love too. ❤
Crafted by Katherine Krige 2 comments:

It Was Me All Along 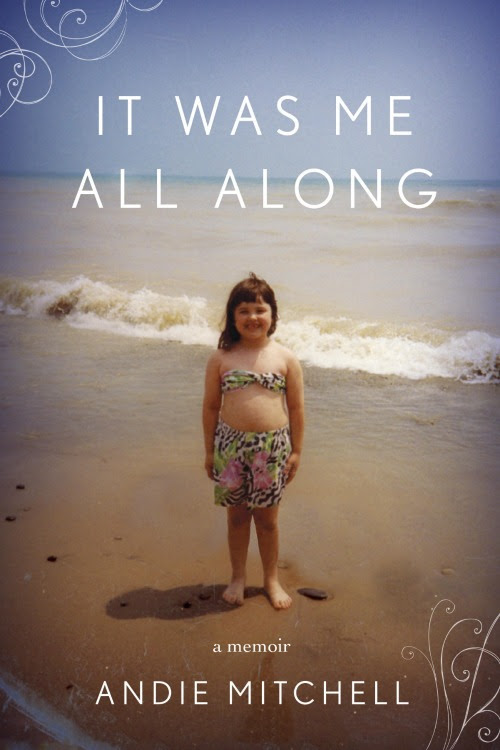 It Was Me All Along, by Andie Mitchell, © 2015, Clarkson Potter Publishers

Back in November I found myself a winner to one of Read it Forward's book giveaways. I enter their contests most weeks and this is the second book I have won. What with Christmas slowing down transport, I didn't receive the book until into January, but I was pleased to receive it nonetheless. As nonfiction has been tempting me as of late, I decided to move Andie Mitchell's book to the top of my TBR pile.

It didn't stay there long.

I cracked the book last week and finished it this morning over coffee. And as much as I have never personally struggled with weight issues, I really enjoyed this book. Mitchell draws in the reader with her candid stories and uncompromising accounts of her struggles with obesity. By the time she was 20-years-old, she weighed a staggering 268 pounds. It was her tipping point.

What she didn't realize though was that weight loss was far more than just losing a few pounds. Well, over a hundred points is more than the average dieter, but there was more to it than that. For her, the journey was about looking at the patterns of her eating and the why of it. We all have skeletons in our closets and hers turned her to food to comfort herself from them.

I couldn't help but think back to high school as I devoured this book. I was the skinny girl in my group of friends, surrounded by several overweight girls. I bet three of them were over 200 lbs and a few more were also big girls. We all went out for coffee, fried food, and other unhealthy options that didn't make a dent on me, but certainly didn't help my friends. Listening to Mitchell's tale, I suspect that her struggles were possibly similar to theirs.

The similarities didn't end there. When Mitchell decided to tackle her weight, she didn't anticipate her new struggle with food and her new image of herself. I remember one of my friends who lost a similar amount of weight trying to wrap her head around people all of a sudden "seeing" her for the first time. She was no longer the "fat" girl, but didn't know how to react to the way people treated the new person she turned into. Transformations can be incredibly hard, especially when you don't know who you will be at the end. Mitchell's story gives hope to anyone facing weight loss issues, but even more so to almost anyone who has struggled to figure out who they are, where they belong and how to get from here to there intact.

A great first novel and a story that reminds us we are all in control of our destiny. Thanks again to RIF for sending me a copy!