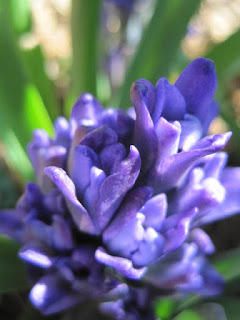 shall i own them now
or cast pall aside
blossoms burst to life
time for joy's stride
Crafted by Katherine Krige No comments: 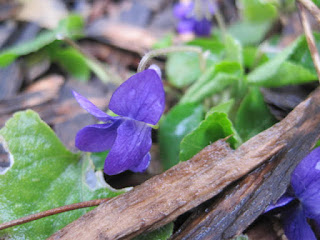 I began blogging in 2009. I have written the story of how I came to blogging before, but am still grateful to Gord for pointing the way to what has become a lifestyle and career for me. It has been a journey which has taken many twists and turns, but the words have led me through.

Those words have shown up in many places. This blog was my first, but certainly not the only place where I've written. Few know of the small blog I started to work out a little more of my grief journey. It was short-lived and didn't have many entries, but some of them were rather insightful.

For whatever reason today, I found myself perusing that old blog. I suppose I can guess what drew me there. It's April; the month in which I was married, bought the house I live in now, and on April 1st, 2007 Brad was hospitalized with what looked like a stroke, but which ended up being a bleed in his brain. The cause; his cancer had spread and was now inoperable and fatal.

April was an awful month for years. In 2008 I found myself retreating back into a worse state, not realizing it was a grief wave set in motion due to anniversary stress. By 2009, I knew to expect the awful choking memories and residual grief surges which flared during this difficult time period. In the years that followed, the waves were less difficult to maneuver, but still there none the less.

Today, I still feel the effects from a time period that smashed the world as I knew it. April 1st was the anniversary of the beginning of the end of my life with Brad. He will be gone nine years this summer. It is hard to believe sometimes, but I cannot imagine my life any other way now. Much has come and gone since then, but it's still hard not to feel his presence in April. And I guess that's alright.

So today I thought I would share an old post from a time long ago. I feel it held hope, which makes me glad for that woman who was days away from the 4th anniversary of impending loss. And those words offered pretty sage advice, if I do say so myself.

When those that walk the earth take flight
we cry and tear our hair so tight,
but listen quiet and you'll hear
their footsteps follow always near. 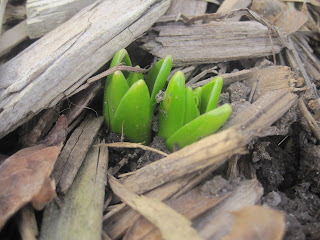 When we have known someone, they leave an imprint on our soul. That cannot be erased. A loved one's voice will always be there to comfort and guide the way, if you but just listen...