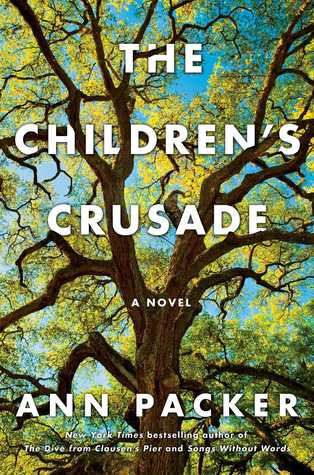 Oak trees are well known symbols of power and strength. Whatever culture you look at resonates that thought in some manner or other. So when Bill Blair stumbles across a magnificent oak tree in California after his discharge from the navy, he makes the decision to purchase the land with visions of a family in mind.

Several years later, the oak tree is the central grounding space for the Blair family. Bill marries Penny and they quickly have four children. But Penny's vision had always been three and when James shakes up her plan, life will never be the same. Robert, Rebecca and Ryan were all she thought she wanted, but once motherhood surrounds her, she finds she cannot breath. And slowly she disconnects from it to follow a passion for art, leaving Bill and the children behind.

As Ann Packer weaves the tale of the Blair family, the perspective jumps between the children's views of the world they were raised in. They all take turns analyzing their relationship with their doting father and a mother whom they had strived to interest in them to no avail. Packer shows a family growing up, finding their ways into adulthood and encourages her readers to question how those years mold us into who we might become. Does an ambivalent mother account for James' chaotic behaviour in his youth and into an adulthood fraught with bad decisions and questionable actions? Would Bill's methodical parenting have been the reason for Rebecca's always analytical take on life? Where did Robert's anger stem from—being first-born and infused with the sense he had to be first/best at everything, yet not measuring up to those expectations? And sensitive Ryan; how did his quiet, loving soul get formed in the midst of the oft-times chaos that was their family life growing up?

This book will be the first novel discussed when my book club resumes this fall and I believe it will spark interesting dialogue. I suspect different people will associate with one or another characters. And the role of mothering versus following one's own personal goals might be a hot-button conversation amongst our members, who consist of both mothers and those whom have not had children for one reason and another. Where is the fine line between finding one's personal joy and being responsible for the children you have chosen to bring into the world?

If you have read the book, what is your take on it? The novel is a compelling read and has found its way onto the favourite lists of many people. Is it that we can all relate to Packer's dysfunctional family in one way or another? Perhaps. Life is never perfect, but it is entertaining. And if you haven't read it, this novel is too.
Crafted by Katherine Krige No comments: 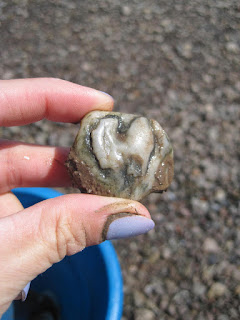 Grief can lead people on extreme and complicated paths. People often question who they are, what their purpose is and how they should continue on when a loved one dies. That was the case for 22-year-old Cheryl Strayed when her mother died from cancer. Her relationship with her siblings, step-father and husband fell apart and she made life choices which seemed to mark her on a dark and downward spiralling path. Until she came across a guide book in a store one day on the Pacific Crest Trail (PCT) and made the decision to spend three months hiking its arduous length. Those 1,100+ miles changed her, but the journey was far from easy.

Cheryl Strayed paints a picture of herself as a lost and destructive young woman, trying to hold a family together, while simultaneously making bad decision after dangerous choice. When she decides to hike the PCT, she does so on a whim and with minimal preparation. Her boots don't fit properly, she doesn't allot enough money for expenses, she over-packs her backpack to an almost insurmountable weight and sets off from the Mojave desert with her sights set on Oregon. Impetuous by nature, she stubbornly struggles on under the actual weight of her pack, but the larger weight of her emotional baggage is what almost hobbles her on more than one occasion. And that is what keeps the reader rapidly flipping pages through the 315-page book.

I know only too well the struggles to wade through grief and can understand how Strayed tried to banish her demons via this adventure. Loss is a powerful motivator and it can change the strongest of souls under its weight. Through her iron will and sometimes lack of other options, she struggled through the challenges of the trail and found a strength in herself which obviously still shines forth today. Her telling of this transformational journey comes in an easy-to-read package and reminds her readers that sometimes despite yourself, you can find your way back home to you.

We'll see what my fellow book club members think of this book in the fall, as it is on our list of books to read.
Crafted by Katherine Krige No comments:


It's official. I am white and nerdy. There is no denying my Jedi status, so I feel I have to share. I may not have committed any word crimes (hopefully), but I can't get away from being tacky. We all have cell phones, so let's get real. Yeah...

There will never be another concert quite like the one I attended last night. Weird Al Yankovic waltzed through the front doors of Centennial Hall in London, Ontario and drove all his weird fans mad over the next two+ hours. From his entrance singing Tacky, to classic tunes like Eat It, Amish Paradise and Smells Like Nirvana, Weird Al regaled young and old with his quirky brand of ridiculous wit. I don't think my children will ever be the same...

I have been to plenty of concerts over the years, but nothing compared to Al and the band's quick costume changes between almost every song. He sported a purple octopus costume with tie dye/rainbow legwarmers and an upside down ice cream cone hat dripping into his trademark frizzy hair while singing 'Perform this Way'. This was in addition to a suit and tie, a white jacket covered in red maple leaves (Canadian Idiot), a flame suit, devo-esque yellow plastic suits, a fat suit, a Jedi costume, an Amish outfit and of course an aluminum foil hat. The costume budget alone must be huge for the Mandatory Fun tour!

It wasn't all about the creative costumes though. To give Al and the boys in the band time to change, a video show entertained the audience in between songs. The lights would dim and the screen at the back of the stage came to life. Snippets of Weird Al videos, interviews, cameo appearances on shows ranging from Jeopardy to the Simpsons and more blasted our cortexs with crazy content which only Weird Al could conjure up. One such mocked up interview with Michael Stipe saw Al and Michael collaborating. And Weird Al brought it back in his encore when he sang the song they created (or at least the lyric "We all have cellphones... ") and the audience duly co-operated by pulling out their cellphones and waving them in the air for the torch song. Oh yeah, I was right there baby. I'm real.


Hilarious does not quite capture the experience, but awesome isn't the right word either. It was weird, wacky and completely Al. Mandatory Fun was expected and I'm pretty sure the audience would agree that was what we got. Polka on Mr. Yankovic. There is a new generation of fans at my house.
Crafted by Katherine Krige No comments:

Until we parted
I didn't know what home was
the feel
rhythm, sway and dance
of us two
moving as one
thoughts started by you
and caught in my head
shared as only we can.
A gift.

two sets of eyes
in unison
capture the world
as one

I didn't know I missed your
jokes, jaunts and joy
til the pauses
filled up with your breath
no longer embraced me
with your glance

Home
I will see you soon
~