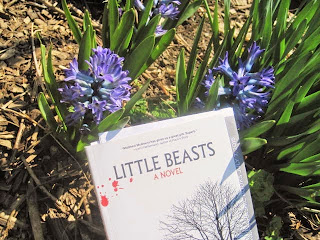 I am grateful to the folks at Akashic Books for allowing me the chance to get a sneak peek at some of their newest titles. They recently sent me another book from their Kaylie Jones Books series for me to review. And while the topic held dark and sometimes violent images, I flew through the pages.

The twitch of violence is in every whiff of breeze in the hot July air of Turnbull. For three 8-year-old boys looking for distractions from summer boredom, the forest behind their working-class homes is the perfect retreat. Close enough to hear their mother's call, but far enough away to find mischief. And when they stumble upon a treehouse-in-the-making, that distraction becomes an obsession for Dallas, which ultimately changes the course of their summer and the rest of their lives.

The boys aren't the only kids in the poor neighbourhood who are listless though. When they come across three 15-year-old boys fraught with teen-angst—think girls, bullying, ambition—the mix becomes deadly. After an incident goes too far, the consequences are extreme and everyone involved has to reassess their lives and their places in the world.

McGevna loosely based his book on actual events that happened in Long Island in 1979. The pent-up emotions that run throughout the characters are scary in the innocence that they have of the consequences. Actions beget reactions and sometimes there is no coming back from them. But is there a way to forestall them in the first place? In the poor town of Turnbull, it seems like the events were inevitable.

While the story touched on unpleasant events and emotions, it left me wondering how people fall through the cracks and whether with a little pause and foresight, some of these events could be prevented. Because even though it is a work of fiction, I am only too aware that hot tempers do exist in real life and often amount to regretted violence that can't be taken back.

Perhaps we could all use a moment to stop and breathe sometimes, before we say or do something we regret. You might find yourself thinking back to this book, long after it's done. And that is a mark of a good book to me.

Omg, these are the cutest things! Take salad to new heights with these scrumptious little ladies. I just might have to make these for a summer salad or to a backyard barbeque...


"Who invited the ladybugs to lunch?"

The Back of the Turtle 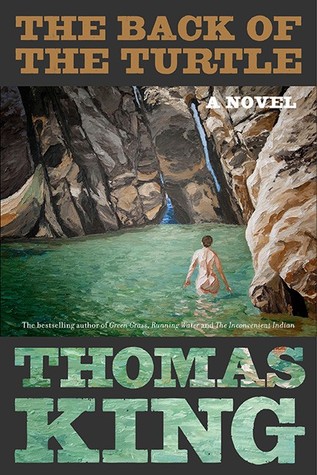 The Back of the Turtle by Thomas King, © 2014, Harper Collins

I first came across Thomas King in a Canadian Lit class in university. We read 'Green Grass, Running Water' and I loved our discussions that unfolded the many layers of the story. I have returned to the book several times and am enamoured with the tale every time I revisit it. So when I heard tell that King had a new book out, it immediately went on my TBR list. When I spied it at my local library, I couldn't resist picking it up, despite having 2-3 other books on the go. As soon as I cracked it, the other books fell neglected on my bedside table.

Not only was 'The Back of the Turtle' nominated for the coveted Governor General's award for Fiction in 2014, but King walked away a winner. And I can understand why. He created another thought-provoking tale filled with humour, multi-layered depth, serious contemplations of genetically modified products and their potential environmental ramifications, and a study in human relationships. All that squeezed into 518 pages, but reading like a much shorter book.

King introduces Gabriel, a brilliant scientist, but socially awkward individual who doesn't seem to fit in anywhere. He creates an incredibly devastating defoliant, akin to Agent Orange, which inadvertently gets spread in a small BC town, killing people, wildlife and pretty much anything in its path. As the story progresses, we discover that a nearby Indian Reserve has also been affected, which just so happens to be where his estranged mother and sister live. In guilt and remorse, he returns to the town to commit suicide, but some of the inhabitants of Samaritan Bay throw his plan off-kilter.

One can't help but read into characters and the deeper meanings scattered throughout this tale. Gabriel as messenger? As right-hand man to God or destroyer of Jerusalem? He certainly brought devastation to Samaritan Bay. And Samaritan Bay; is it a place of salvation, where people in distress can find help? After devastation, there is rebirth. Even Mara is more than just a returned resident; is she not akin to the Buddhist Mara who is herself a temptress? There are also many Native tales which weave and pull the story together in King's trademark magical realistic way, of which I for one am a fan. And while I'm sure I missed some of the significations of bits and pieces of the tale, that only means I will need to revisit the story again in the future.

As for you, I highly recommend King's most recent novel. It will make you contemplate corporate greed, debate the merits of genetic modifications, question your relationship with the past and how you can come to peace with it, but most importantly, you should enjoy this read. Two thumbs up from me!
Crafted by Katherine Krige No comments:

Not far from where I live, an old ghost town has almost disappeared back into the realms of history. Only a decrepit house stands where once hope flourished. No mill left to mark settler's dreams. No plaque planted to tell its tale. Just broken glass, battered boards and a hint of what could have been in small-town Ontario...
Crafted by Katherine Krige No comments: 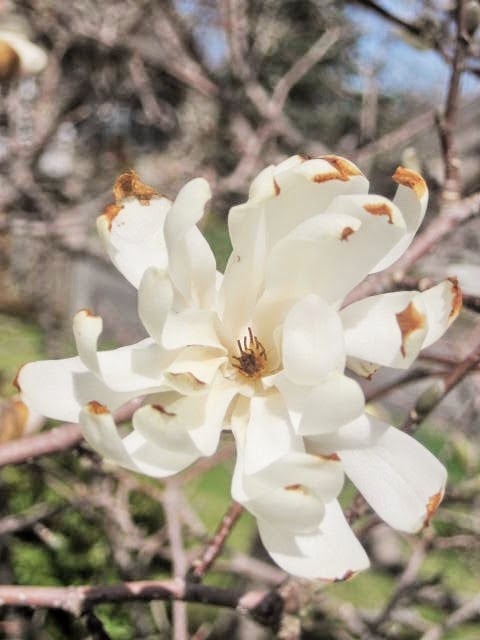 soft petals tinged by
past breezes, freezes, memories
forever noted
yet beauty amidst the scars
show strength in our tomorrows