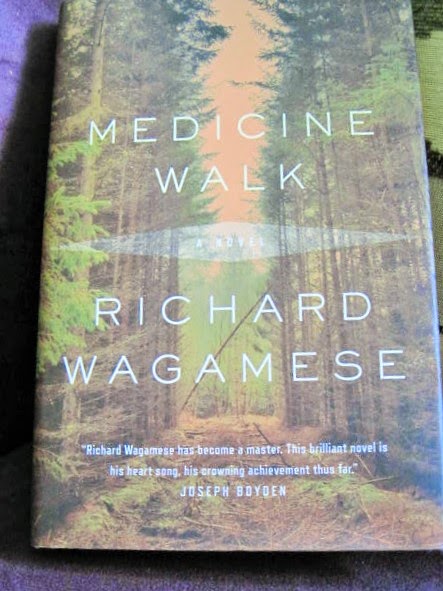 Should I start by saying this book wrecked me? That I bawled through the last twenty pages, apparently having stopped at exactly the right spot last night. Normally I can't put a book down with that few pages to go, but something told me that I couldn't continue last night. So at lunch today fat tears dropped into my soup and scattered across the pages, as a mound of kleenexes piled up.

Not that this book was... what? Chick-lit? Thriller? Romance? It was none of those things. It was literature, and good quality prose at that.

All the way along I felt like this was a book that a man's man would appreciate. The main character is 16-year-old Frank, raised by "the old man". He taught him to fish, hunt, recognize tracks, survive in the bush, and most importantly, the value of hard work. His father on the other hand slips in and out of Frank's life on rare occasion, and those moments are always punctuated by drink. He is a virtual stranger and a miserable, non-communicative one even when he does make rare appearance. The old man serves as the only kin that young Frank has, but that doesn't prevent his thoughts from straying to blood ties.

When the book opens, Frank has been summoned by his father to town. Eldon is sick and dying, his abused liver finally at the point of shutting down. He has a last request for his estranged son - to take him into the woods to bury him in the warrior way. This despite the fact that Eldon has never taken much stock in his native roots. Frank struggles with the request, but ultimately agrees to the task, if only to see if some of the questions that have dogged him his whole life might be answered. What they discover along the way is a broken life lived.

This quiet book looks at life, hope, fear, love and the struggles that are encountered along the way. Wagamese's prose is fuelled by the knowledge that as much as we need to listen to hear life's stories, sometimes those stories need to be told too. Whether we think we have the strength to tell them or not.
Crafted by Katherine Krige No comments:

Sing in the Morning, Cry at Night 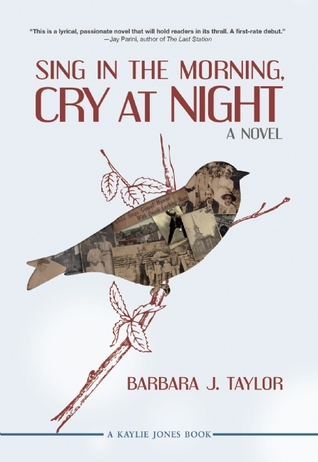 This debut novel from Barbara J Taylor opens in grief. Young Daisy's life has been extinguished too soon in a freak sparkler accident in her backyard. Her sister Violet is witness to the accident and many whisper that perhaps the incident was in fact her fault. Their mother Grace is thrown into heavy mourning and their father Owen quickly finds solace at the bottom of a bottle. It looks to be a sad tale that just might not find its way back out.

The story may have a sad premise, but Taylor convinces the reader to join her in the tale, as we watch bewildered Violet try to find a space in her new world. Her mother is lost in grief and her father abandons the family to move into a gin mill in town, where the firewater that numbs his reality is readily available. It seems no one cares about poor Violet, until "stinky" Stanley befriends her. The two form a quick friendship fuelled by both of their outcast statuses; Stanley's mother is dead and his father another disgruntled miner working long hours. Where no one else seems to care about them, the children find hope and life in each other.

The world of the anthracite coal mines is harsh and filled with constant threat of tragedy in this turn-of-the century novel. As each bell rings out an accident, both fear and hope are flamed. Will a new tragedy bring Violet's torn family back together once more? The mine that employs the bulk of the men in town, also takes as many away. It is a reality that touches everyone in town, where Violet's father Owen works, and eventually Stanley finds himself as well. The only thing that brings comfort is the heavy presence of the church, even with its share of meddling church ladies and their caustic tongues. In Grace's case though, it would seem that grief is even more powerful than God's good graces. Owen prayers died on his tongue with his daughter too.

So what will it take to reunite a family torn apart by grief? You will soon find out in this quick read.

Thanks to Akashic Books for sending me an Advance Reading Copy to review!
Crafted by Katherine Krige 2 comments: